Ames mentions the name Alexis de Tocqueville when she brings up the term individualism. 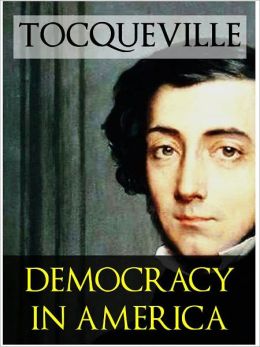 Yes, Alexis de Tocqueville was mostly visiting the states to get an idea of how our prisons were working in 1831. He was here checking things out for about a year and of course in that time he came to know much more about Americans than just the standings of the democracy’s penal system. He was especially savvy at observing American ways and traditions because he wasn’t “swimming in the soup” of it.

To get a better idea of what this French intellectual saw during his stay in America you can see his most well known work, Democracy in America, here… Check out this chapter to get an idea of de Tocqueville’s definition and explanation of individualism:

Of Individualism in Democratic Countries

“Among democratic nations new families are constantly springing up, others are constantly falling away, and all that remain change their condition; the woof of time is every instant broken and the track of generations effaced. Those who went before are soon forgotten; of those who will come after, no one has any idea: the interest of man is confined to those in close propinquity to himself. As each class gradually approaches others and mingles with them, its members become undifferentiated and lose their class identity for each other. Aristocracy had made a chain of all the members of the community, from the peasant to the king; democracy breaks that chain and severs every link of it.”

“As social conditions become more equal, the number of persons increases who, although they are neither rich nor powerful enough to exercise any great influence over their fellows, have nevertheless acquired or retained sufficient education and fortune to satisfy their own wants. They owe nothing to any man, they expect nothing from any man; they acquire the habit of always considering themselves as standing alone, and they are apt to imagine that their whole destiny is in their own hands.”